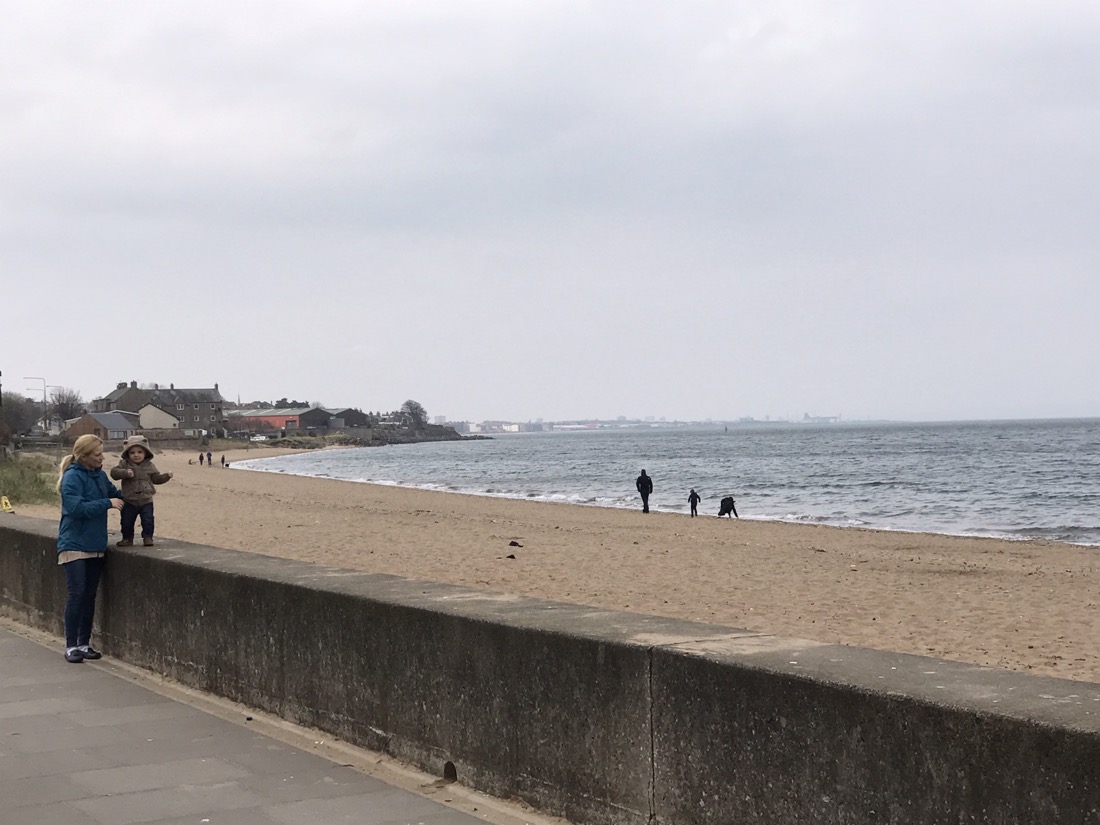 So on last Sunday I was able to grab the painting gear and hit Musselburgh.. problems were I had only 60 or 90 minutes. It was dependant on Alexander either sleeping while his mum walks with him.. thankfully it turned out to be nearly 90 minutes but it was not quite long enough.

Why, mainly that my main blue tubes ultramarine and cerulean tubes were closed so tight that I could not open them. It must be about half a year ago that I last opened them. Usually I keep some pliers or grips but as it was my new oil set it was probably still in the garage. Other problems were no yellow ochre, and no cool yellow. I did have an old Naples yellow but it’s past it’s best and it looks ropey and so I am thinking its lead based so it’s heading for the bin.

I will post my trip from Saturday morning in the Pentlands in the next post.. It was good fun but I got sunburnt even with a Cap and Hood up but the wind was so strong and lets just say my easel did not survive the trip.

Scott Sibbald I use self led art therapy for chronic pain. My daily battle with pain originates from multiple spinal surgeries the second produced failed Back Surgery Syndrome and combined with Disc Degeneration leaves me in constant pain and reduced physical ability. With painting, creating and my extended but small family gives me the strength to fight on daily. Newly discovered the Spoon Theory and new Spoonie! View all posts by scottsibbald

This site uses Akismet to reduce spam. Learn how your comment data is processed.